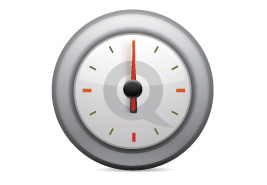 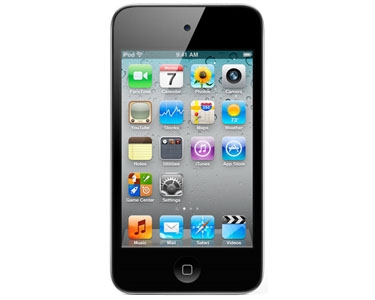 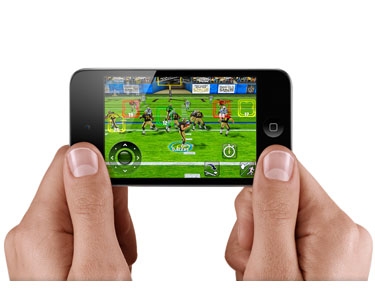 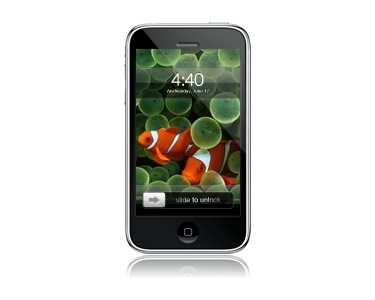 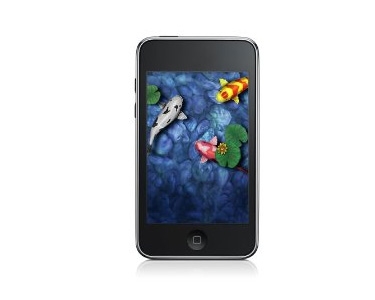 ... that you can now go to any item's product page to view the statistics on the last nine items for the product?

See friends while you talk to them with FaceTime. Shoot, edit, and share stunning HD video. Play games against friends, or unknown foes, with the new Game Center. And do it all on the Retina display the highest-resolution screen on any mobile device. It makes graphics and text look even more amazing. The new iPod touch. It's state-of-the-art fun.

Two Cameras. Double the fun.
iPod touch captures video with two built-in cameras. It shoots amazing HD 720p video from the back camera. And with its advanced backside illumination sensor, it captures beautiful footage even in low-light settings. All while the built-in microphone records conversations, music, or any audio at the same time. And on the front of iPod touch, the built-in camera is perfect for making FaceTime calls1 and shooting self-portraits. It's surprising how much fun can fit into something so small.

Multi-Touch. Control at your fingertips.
When you put your finger on iPod touch, how does it just start doing what you want it to do? It's a chain reaction, really. The Multi-Touch display layers a protective shield over a capacitive panel that senses your touch using electrical fields. It then transmits that information to the Retina display below it. So you can glide through albums with Cover Flow, flick through photos and enlarge them with a pinch, zoom in and out on a section of a web page, and control game elements precisely.
FaceTime comes to iPod touch. Don't just say hello. Smile.

Tap for a more instant, instant message.
Take "LOL" to the next level and actually see friends laughing. Or bring "XOXO" to life when you blow someone a kiss from miles away. FaceTime on iPod touch makes it possible. FaceTime works right out of the box--just enter your Apple ID and email address. Or create a new email account just for FaceTime. Using FaceTime is as easy as it gets. Say you want to start a video call with your best friend over Wi-Fi. Just tap the FaceTime app and find her entry to start the call. An invitation pops up on her iPod touch or iPhone 4 screen asking if she wants to join you. When she accepts, FaceTime begins. It's all perfectly seamless. And it works in both portrait and landscape. See how much fun you can have.

Two cameras make either side its fun side.
iPod touch has two built-in cameras, one on the front above the display and one on the back. The front camera has been tuned for FaceTime. It has just the right field of view and focal length to focus on your face at arm's length. So it always presents you in the best possible light. Which is particularly handy when you're talking to someone who's more than just a friend.

The back camera. See and share.
So your roommate had to work late and couldn't make it to the concert. You can share the encore with a FaceTime call. As the band takes the stage and starts playing one of her all-time favorite songs, just tap a button. And before the lead singer can belt out his first note, iPod touch switches to the back camera and to the sure-to-be-legendary performance. Another tap switches to the front camera and to you. Simple, fast, and fun.
HD video recording comes to iPod touch. Ready, and action.

Built-in editing gives video a fun-tuning.
No need to wait until you're back at your computer to edit video. With basic editing built into iPod touch, you can get right down to business. Just drag to select start and end points on a filmstrip. Keep only the parts of the video you want, and turn it into something you and your friends will watch again and again.

Make mini blockbusters in just a few taps with iMovie on iPod touch. Say you're on an epic road trip, and you want to create a video postcard of everything you've seen and done. Just use the iMovie app--pick it up on the App Store for just $4.99. Built for iPod touch, iMovie lets you combine and edit video clips, give them that extra something with dynamic themes and transitions, add music and photos, and share your finished movies with the world.

Make a movie. Starring you.
The next time you venture out on say, an amazing hike, don't just tell your friends about it. Show them. In addition to the high-definition camera on the back, iPod touch has a VGA-quality camera on the front, above the display, that lets you see yourself on the display while you record. It's perfect for turning the camera on yourself. No more guessing if you're in the frame or accidentally cropping yourself out altogether. So get ready for your close-up.

Shoot what you want. Share where you want. Ever find yourself in the middle of typing an email when you see something that words just can't describe? Just launch the camera and record on the fly. Then upload your HD movie directly to YouTube. Or select some video from the Camera Roll and attach it to a new email message, ready to send. Posting to your Facebook page or blog is also just a tap away. And you can easily sync all the video you shoot on iPod touch back to your Mac or PC.

Point and shoot.
An awesome view. A decked-out cupcake. Your dog looking unbearably cute. If you want to take a quick photo to upload to your Facebook page, either camera on iPod touch can also capture stills. Just tap on the screen to adjust exposure. Then post to Facebook and let the comments begin.

Genius Mixes. The ultimate mix master.
Genius acts as your personal DJ. All you do is sync iPod touch to iTunes, and Genius automatically searches your library to find songs that sound great together. Then it creates multiple mixes you'll love. These mixes are like channels programmed entirely with your music. It's a great way to rediscover songs you haven't heard in forever--and some you even forgot you had.

Shake to Shuffle. And rock 'n' roll with it.
Shake things up a bit. Musically speaking, that is. The next time you're listening to your tunes, turn on Shake to Shuffle, then give iPod touch a shake to shuffle to a different song in your music library. It's just another way iPod touch keeps your music feeling fresh.

iTunes. That's entertainment.
Feed your iPod touch songs and music videos from your iTunes library on your computer. Or buy and download new music on your iPod touch when you access iTunes over Wi-Fi. Songs you purchase on iPod touch transfer to your Mac or PC the next time you connect iPod touch to your computer. And now with iTunes Ping, you can follow friends to find out what music they're listening to, buying, and recommending. Or catch up with your favorite artists and see if they're playing near you.

Bluetooth. No strings attached.
iPod touch includes support for Bluetooth wireless technology. So you can pair wireless stereo headphones with it. Keep your iPod in your bag or charging on your desk across the room and still listen to your music.
Movies + TV Shows. Take the show, or movie, on the road.

The big screen. On the small screen.
With iPod touch, movie nights can happen any time of day, anywhere you are. Carry hours of video with you and watch them on the amazing 3.5-inch color widescreen Retina display. Shop the iTunes Store and choose from thousands of movies, TV shows, and video podcasts to fill your iPod touch. From Hollywood blockbusters to indie favorites, there's something for everyone. Download and watch movies with a few taps. Prefer TV shows? Get a single episode or an entire season's worth all at once. With iPod touch, you can travel far and widescreen.

Control how you watch.
While watching your video, tap the display to bring up onscreen controls. You can play or pause, view by chapter, and adjust the volume. Or use the volume controls on the left side of iPod touch. Want to switch between widescreen and full screen? Simply tap the display twice. It's just like your TV remote. Except you never have to fight over it.

iTunes. Keep yourself entertained.
Need some entertainment for your next flight or road trip? With iTunes on your iPod touch and a Wi-Fi connection, you can buy movies and TV shows on the fly. You can also rent shows for just 99 cents an episode, in case you're not sure if one is a keeper. And of course, you can also purchase movies and TV shows on your Mac or PC, then sync them to your iPod touch. Popcorn not included.